Rutherford Investment Management DOES NOT utilize or conduct business through whatsapp or any other app.  We are not traders or brokers.  We do not open accounts in which you will be making trades. We do not invest in or trade options, Bitcoin, or any other crypto currency.  We conduct business with new clients only after you reach out to us by phone at our main office number: 503-452-1210.  Before we open an account for a new client we go through a detailed paperwork process and have multiple phone conversations and/or in-person meetings. We manage your investments only through accounts that you open, in your name, at established brokerages such as Charles Schwab and Fidelity.  If you are interested in having us manage your investments please call us.

Reducing The Risk Of Outliving Your Money

What steps might help you sustain and grow your retirement savings?

“What is your greatest retirement fear?” If you ask any group of retirees and pre-retirees this question, “outliving my money” will likely be one of the top answers. In fact, 51% of investors surveyed for a 2019 AIG retirement study ranked outliving their money as their top anxiety. 1

Retirees face greater “longevity risk” today. The Census Bureau says that Americans typically retire around age 63. Social Security projects that today’s 63-year-olds will live into their mid- eighties, on average. This is a mean life expectancy, so while some of these seniors may pass away earlier, others may live past 90 or 100.2,3

By Rutherford Investments|November 13th, 2019|Categories: Other Writings|Comments Off on Reducing The Risk Of Outliving Your Money
Read More 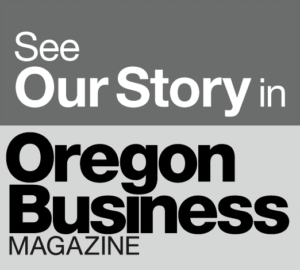 Here is an excerpt of the story written by Oregon Business Magazine.

Near the end of 2018, the financial markets fell hard, dropping nearly 20% in a month. Investment managers across the country scrambled to calm clients ready to run for the hills. But at Rutherford Investment Management, it was relatively quiet.

Why did such market turmoil result in just one client phone call and one email instead of mass hysteria? The answer lies in the proven wealth management approach the firm has employed for 25 years, starting with client education.

“If there’s an event that occurs, and I’ve done my job, clients don’t panic,” explains William Rutherford, founder and President of Rutherford Investment Management. “I’ve never thought of myself as a teacher, but I guess that I am.”

Though time consuming, client education is central to a firm that revolves around the long term – a theme visible in its stock selection process, client relationships, established team, not-for-profit work and, perhaps most clearly, in its mission: “Investment management for the long-term investor.”

As with most accomplished […]

At the end of last year, the market took a sharp drop.  On Christmas Eve, the market was down about 19.9% from its recent high in September, barely escaping bear market territory, which is generally regarded as a decline of 20%. The drop was characterized as a “glitch” by President Trump, which prompted me to write my column, “How the Glitch Stole Christmas” for the Daily Journal of Commerce.

The drop was triggered by two events, the first being the trade war with China.  Characterized as “easy to win” by President Trump, the war showed signs of extending and having a negative effect on the global economy. Both Europe and China were showing the effects of slowing, as noted by Christine Lagarde, Chairwoman of the International Monetary Fund.  China particularly showed the impact, with its GDP slowing to 6.3% from 6.6%, although still far higher than the EU, the US, and Japan. Still, the longer the trade conflict goes on, the greater the danger of additional global economic contraction. While the U.S. continued to have a generally robust economy, that too showed signs of slowing.

Secondly, the Federal Reserve seemed to be abandoning its support for the U.S economy.  With Chairman Powell […]

What was that all about?

We all know about volatility.  The market is volatile; it has been especially volatile in recent years. Yet, we also know that over time the market gains more than it loses, so we expect volatility, we should stay invested.  To do otherwise is to bet against the market, which, again, over time, is not wise.

So let’s look at what happened and why. On Wednesday of last week, the market declined 832 points (as measured by the Dow) or about 3%, the Nasdaq dropped 4%. This was followed by a drop of 546 points before finally recovering part of the loss.

Why did the market drop? In a word (actually two words) interest rates. They went up. It was not just the trajectory. We have been expecting interest rates to rise for some time.  It was the speed by which the rates increased. In four days long term rates went up 17 basis points (a basis point is one hundredth of 1 percent). Investors and the markets get excited about sudden moves like that. Also, recently, the Federal Reserve changed the language in their after meeting message to remove the word “accommodative”.  […]

At the end of 2018, economists and journalists may look back on the second quarter and see the moment when a global trade war began. Whether one is truly underway or not, the fact is that Q2 was a good quarter for equities. The S&P 500 gained 2.93% in three months, and while the blue chips had their struggles, tech shares ascended once again. Many foreign benchmarks also had a good quarter, even as the Trump administration’s planned import taxes on U.S. trading partners drew tariffs in kind and bred pessimism overseas. Our labor market and manufacturing and service industries continued to look healthy, and consumer confidence and spending reports were largely encouraging. Existing home sales tailed off. Oil made quite a comeback, aided by supply concerns. It was a quarter in which relatively strong economic data was overshadowed by a shift in the playing field for global trade.

The Return of Volatility

Since the election in 2016, I have cautioned our clients to pay attention to the fundamentals of the markets and the economy and ignore the headline news. That advice has served us well during this time.  Events that were unbelievable, except they happened, rocked the markets, causing periodic turbulence.  Still the economy improved over the moribund previous years, and the markets rallied strongly. But, had you watched CNBC and taken their comments to heart, or read newspaper headlines, you could be frightened out of your mind.  Many investors were frightened and fled the market, to their detriment.