Rutherford Investment Management DOES NOT utilize or conduct business through whatsapp or any other app.  We are not traders or brokers.  We do not open accounts in which you will be making trades. We do not invest in or trade options, Bitcoin, or any other crypto currency.  We conduct business with new clients only after you reach out to us by phone at our main office number: 503-452-1210.  Before we open an account for a new client we go through a detailed paperwork process and have multiple phone conversations and/or in-person meetings. We manage your investments only through accounts that you open, in your name, at established brokerages such as Charles Schwab and Fidelity.  If you are interested in having us manage your investments please call us.

After a very strong 2017, U.S. equity markets again started 2018 in an exceptionally positive manner. In fact the year to date increase in January has already exceeded some analyst predictions for the entire year. Once more, the question arises, how sustainable is this rally?

The U.S. stock market has benefited from a strong global economy. The global markets are rising in concert with one another, in a convergence not often seen. Indeed, some foreign stock markets have performed even better than the U.S. However, during this time, the U.S. dollar has dropped dramatically in comparison to other currencies.  So gains realized in other markets have to be discounted when recorded in U.S. dollars.

These currency risks are one of the reasons we choose to invest primarily in U.S. based companies. Another reason we are not investing directly in overseas markets is that the majority of our companies are themselves already doing business globally. These multinational companies carry our exposure to international markets, and they manage their own currency exposures.

The U.S. economy muddles on, neither too hot nor too cold, but no Goldilocks either. The market continues its ascent, barely, with the economy growing about the same as it did under President Obama. Gross Domestic Product growth inches up toward 2%, meager by any measure, and not the 3-4% promised by candidate Trump. The ISM Purchasing Managers Index of Manufacturing, a key indicator of growth, grew to 57.8% in June, a 2.9% increase over May and its highest level in three years. The PMI services index increased for the 90th consecutive month, to 57.4%, a 0.5% increase over May’s level. The recent jobs report was positive, up 3.7% in the manufacturing sector over May, but jobs growth overall remains at about the level where it was during the Obama administration.

The new President promised accelerated GDP growth through infrastructure spending and reduced regulation. Some of that has occurred, and we have seen a positive impact on bank stocks. Still, we have not seen the robust growth that the market was expecting. Now, we have an expectation of higher interest rates and some tightening of monetary supply. What can we expect from the markets as the recovery looks ever longer in […]

U.S. equity markets experienced an unusually strong showing in the first quarter of 2017, with a 6.1% increase, as measured by the S&P 500 index. Bond markets were also up, 0.8% according to the Barclays Aggregate Bond Index, as prices rose and yields fell even as the U.S. Federal Reserve raised interest rates.  The desire for a safe haven investment overcame the Fed rate rise.

Business optimism surged after the Trump election; now many are wondering if the optimism got ahead of reality and was misplaced.  Hard data is replacing euphoria.  The failure of health care reform and other strategic missteps have given rise to doubts about the ability of President Trump to deliver on his promises.  Economists and legislators remain skeptical

Business lending is muted and capital spending has slowed.  Estimates for GDP growth are being lowered, Retail sales have been weak and Inflation fell in March. 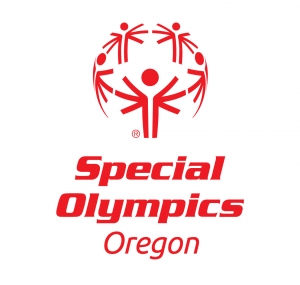 William D. (Bill) Rutherford was honored at the Global Business Awards luncheon sponsored by Special Olympics Oregon.  In a ceremony June 7, 2017, Rutherford was thanked for his service to the State of Oregon and its citizens. Rutherford, founder and owner of Rutherford Investment Management in Portland, Oregon, was recognized for his distinguished career in investment management, public service, and philanthropy.

Rutherford, a graduate of the University of Oregon and Harvard Law School, served four terms in the Oregon legislature, as Treasurer of the State of Oregon, Chairman of the Oregon Investment Council and on the Oregon State Land Board. When he left the treasurer’s office, the Oregon’s Public Employee Retirement System was billions over funded. His career started at age seven in McMinnville, when his family lived in the stockroom of their retail store, and led to managing international investment firms in New York City, London, Paris, Tokyo, and Frankfurt, where he was Director of twenty-two international corporations. His Portland based investment firm, which serves individuals, retirement plans and foundations, has been recognized for its investment performance for over twenty years.

And this year we have had more than our share. For instance:

Interest Rates: Will the Fed raise rates? If so when? It appears that December is the time.

Will the dollar strengthen? It seems to be. What does that mean for business and consumers?

What happens to the price of oil?

What about the conflict in the Middle East?

This year began with a decided down draft for the markets. An improvident rate increase by the Federal Reserve of 25 basis points in December sent an already weak market into a tailspin. Indeed, the indices dropped nearly ten percent into correction territory, the worst start for the markets in history. The market bottomed this year on February 11 and then began an upward climb. Stocks leading the way were interest- sensitive Utilities, because bond yields had dropped so low. Also strong were the previously beaten down Energy stocks. They recovered on the theory that they had dropped so far that they would not go down further, and were due for a recovery. Although this does not always work as an investment strategy, in this case it did. Despite a slowing growth rate for petroleum worldwide, Energy is up 15.3% for the year through July 12.